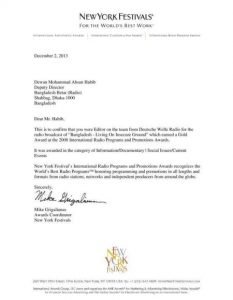 The focus area of this radio documentary was the Gaibandha zone at the northern part of Bangladesh, where people are most vulnerable to recurrent flood attacks.  In this radio documentary, my self and Mr. Peter Koppen from Deutschewella radio  tried to figure out how the innocent rural people in a remote village/char land of Bangladesh become the victims of widely articulated climate change issue. Although in our findings,  they are not responsible for the cause despite they are the stakeholders who had to pay the maximum cost. 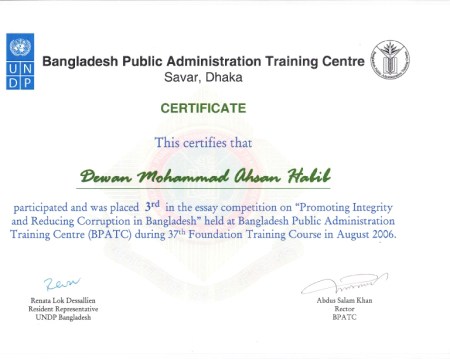 It was an open competition financed by UNDP among 180 fresh civil servants from around 28 cadres of Bangladesh Civil Service.  In this essay, a young civil servant depicted his vision to minimize grand corruption in the public sector and bring maximum out come from the investment of tax payers’ money in Bangladesh. Word limit for this essay was 1800 only.  However, for reading the article please click here .

Media Laws : at a glance