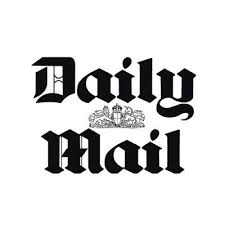 The Daily Mail is a British daily middle-market tabloid newspaper owned by the Daily Mail and General Trust and published in London. It is the United Kingdom’s second-biggest-selling daily newspaper after The Sun. Its sister paper The Mail on Sunday was launched in 1982 while Scottish and Irish editions of the daily paper were launched in 1947 and 2006 respectively. Jonathan Harmsworth, 4th Viscount Rothermere, a great-grandson of one of the co-founders, is the current chairman and controlling shareholder of the Daily Mail and General Trust, while day-to-day editorial decisions for the newspaper are usually made by a team around the editor, Paul Dacre.

A survey in 2014 found the average age of its reader was 58, and it had the lowest demographic for 15- to 44-year-olds among the major British dailies. Uniquely for a British daily newspaper, it has a majority female readership with women making up 52–55% of its readers. It had an average daily circulation of 1,383,932 copies in November 2017. Between July and December 2013 it had an average daily readership of approximately 3.951 million, of whom approximately 2.503 million were in the ABC1 demographic and 1.448 million in the C2DE demographic. Its website has more than 100 million unique visitors per month.

The Daily Mail has been widely criticized for its unreliability, as well as printing of sensationalist and inaccurate scare stories of science and medical research and of copyright violations. In the following, the song is about The Daily Mail. Hope viewers shall enjoy the song and also appreciate the creativity of presenting the issue by the artists.