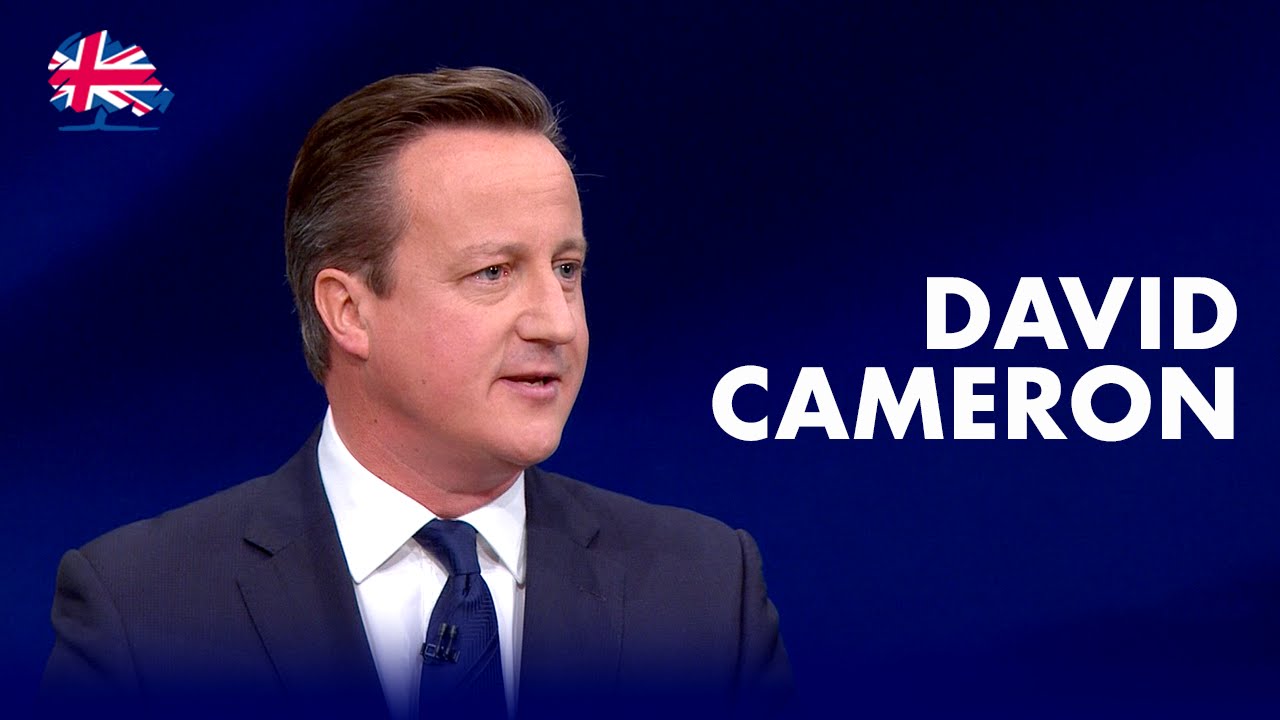 David William Donald Cameron, (born 9 October 1966) is a British politician who was Prime Minister of the United Kingdom from 2010 to 2016 and Leader of the Conservative Party from 2005 to 2016. He was Member of Parliament (MP) for Whitney from 2001 to 2016. Cameron identifies as a One-Nation Conservative, and has been associated with both economically liberal and socially liberal policies. 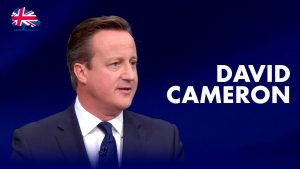 Born in London to wealthy upper middle-class parents, Cameron was educated at Heather down School, Eton College, and Brasenose College, Oxford. From 1988 to 1993 he worked at the Conservative Research Department, assisting the Conservative Prime Minister John Major, before leaving politics to work for Carlton Communications in 1994. Becoming an MP in 2001, he served in the opposition shadow cabinet under Conservative leader Michael Howard, succeeding Howard in 2005. Cameron sought to rebrand the Conservatives, embracing an increasingly socially liberal position. The 2010 general election led to Cameron becoming Prime Minister as the head of a coalition government with the Liberal Democrats – the youngest holder of the office since the 1810s. His premiership was marked by the ongoing effects of the late-2000s financial crisis; these involved a large deficit in government finances that his government sought to reduce through austerity measures. His administration introduced large-scale changes to welfare, immigration policy, education, and healthcare. It privatized the Royal Mail and some other state assets, and legalized same-sex marriage.

Internationally, his government intervened militarily in the Libyan Civil War and later authorized the bombing of the Islamic State of Iraq and the Levant; domestically, his government oversaw the referendum on voting reform and Scottish independence referendum, both of which confirmed Cameron’s favored outcome. When the Conservatives secured an unexpected majority in the 2015 general election he remained as Prime Minister, this time leading a Conservative-only government. To fulfil a manifesto pledge, he introduced a referendum on the UK’s continuing membership of the EU. Cameron supported continued membership; following the success of the Leave vote, he resigned to make way for a new Prime Minister and was succeeded by Theresa May.

Cameron has been praised for modernizing the Conservative Party and for decreasing the United Kingdom’s national deficit.

In the following a video is placed for eyeing on a day in the life of UK Prime Minister.