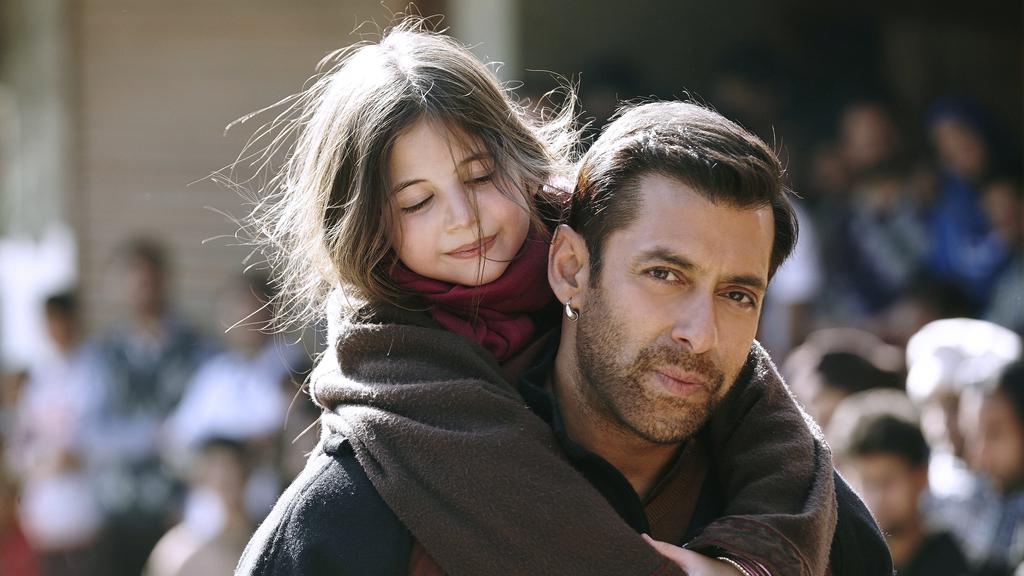 Bajrangi Bhaijaan  is an Indian Hindi-language comedy-drama film, directed by Kabir Khan. Written by K. V. Vijayendra Prasad, the film was produced by Salman Khan and Rockline Venkatesh. It stars Salman Khan and Harshaali Malhotra, with Nawazuddin Siddiqui and Kareena Kapoor Khan in supporting roles. Salman Khan plays Bajrangi, an ardent devotee of Hindu deity Hanuman, who embarks on taking a mute six-year-old Pakistani girl (Malhotra), separated in India from her parents, back to her hometown in Pakistan.

Made on a budget of ₹90 crore (US$14 million), the principal photography commenced in November 2014. The cinematography was done by Aseem Mishra and was edited by Rameshwar S. Bhagat. The soundtrack was composed by Pritam, who collaborated with Julius Packiam to score the background music. It became the second-highest-grossing Indian film ever at the time.

In October 2015, the film was broadcast on Star Gold and became the most watched Bollywood movie in the history of television. It had 15.5 TRP in its world television premier, beating the previous record held by the film 3 Idiots. The film garnered the National Film Award for Best Popular Film Providing Wholesome Entertainment at the 63rd National Film Awards. The film was nominated for Best Film and Best Actor in the 61st Filmfare Awards, as well as other categories, and won the Filmfare Award for Best Story. It was also nominated for Best Foreign Film in China’s 6th Douban Film Awards for 2015. Behind the scenes of this film is as below:

Source: Wikipedia and You Tube.